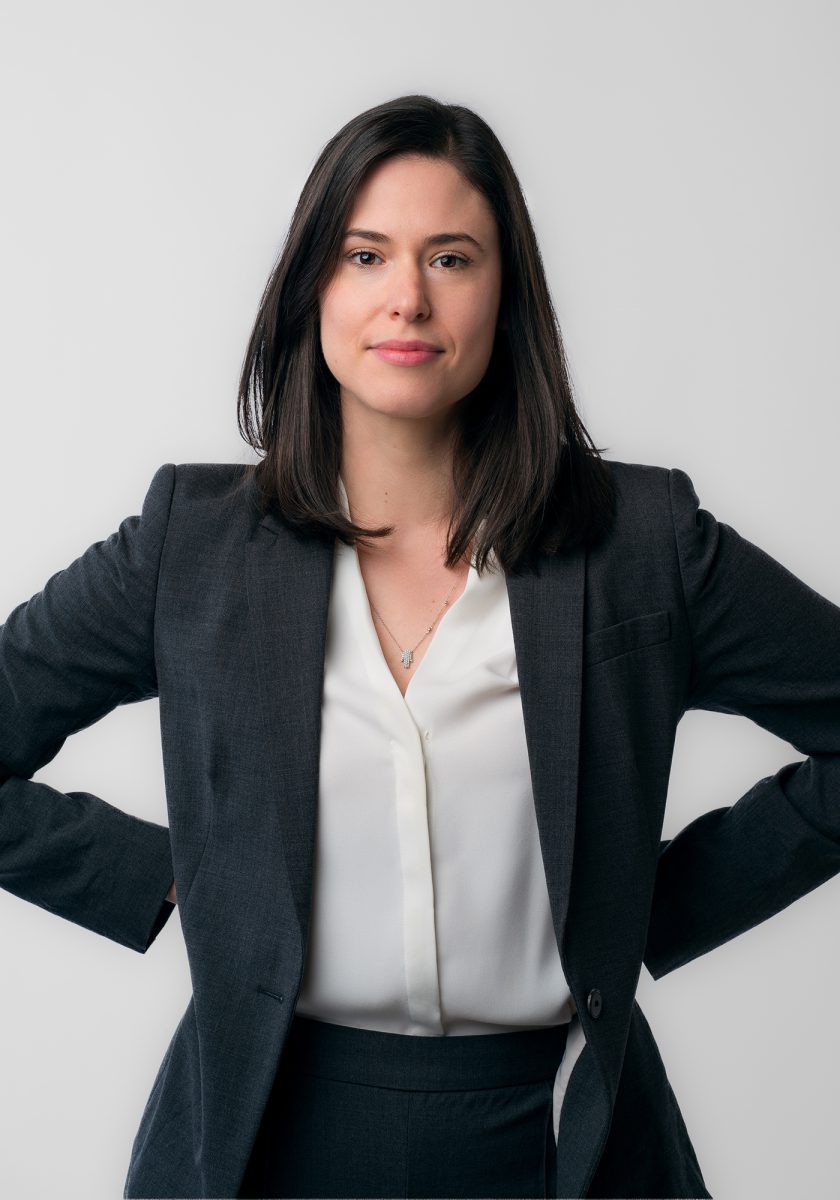 Jessica Lithwick is a respected and compassionate advocate who has appeared and made submissions before various administrative tribunals, the Supreme Court of British Columbia, British Columbia Court of Appeal and Supreme Court of Canada.  She has a broad civil litigation practice where she draws upon her experience in civil disputes, criminal defence work, Charter litigation and administrative proceedings to adeptly maneuver complex situations and be a forceful advocate for her clients.

Jessica has spent the bulk of her career practicing at litigation boutiques in Vancouver’s Gastown neighbourhood.  Her practice focuses on real estate disputes, corporate disputes, commercial litigation and professional regulation.  However, she also has an active human rights practice and is committed to contributing to positive social change through that work.

R. v. Kirkpatrick 2022 SCC 33, lead counsel for the West Coast Legal Education and Action Fund (“West Coast LEAF”) in its intervention at the Supreme Court of Canada, successfully arguing that the law should recognize that sex with a condom and sex without a condom are two different sexual acts such that violating a person’s consent to have sex with a condom only in a sexual assault regardless of whether or not the absence of a condom posed a health care risk for the complainant

A.B. v. C.D., 2020 BCCA 11, counsel for one of two successful respondents in an appeal wherein the Court of Appeal confirmed a mature transgender minor’s right to consent to hormone therapy for treatment of his gender dysphoria despite his father’s opposition to that treatment

WestCorp Solutions Ltd. v. Collins et al, 2019 BCCA 69, counsel for the successful applicant in its application to dismiss the appeal as abandoned

R. v. Ejigu, 2016 BCSC 2278, co-counsel for the defendant, securing an acquittal for Ms. Ejigu on the basis of her being not criminally responsible due to mental disorder

R. v. Ejigu, 2016 BCSC 1487, co-counsel in the defendant’s challenge to the Criminal Code provisions governing the defence of not criminally responsible by reason of mental disorder as contrary to the Canadian Charter of Rights and Freedoms

Mulligan v. Stephenson, 2013 BCSC 1384, co-counsel in the plaintiff’s successful claim of breach of fiduciary duty against his realtor and mortgage broker